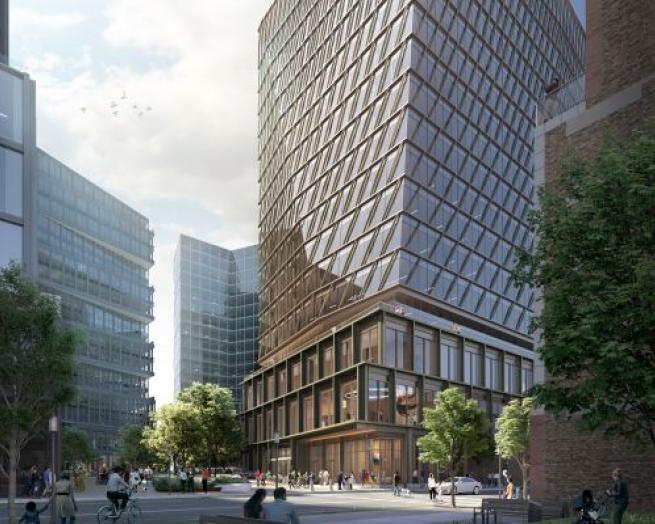 More technology positions are coming to Boston, including those in software development, Artificial Intelligence and machine learning.

Amazon plans to expand its Boston Tech Hub and create more than 3,000 new corporate and technology jobs over the next several years. The new roles will support teams across the company, including Alexa, Amazon Web Services (AWS), Amazon Robotics, and Amazon Pharmacy.

“We’re proud to be creating more than 3,000 new jobs over the next several years at our Boston Tech Hub,” said Rohit Prasad, VP & head scientist for Alexa at Amazon. “Much of the technology that makes Alexa smarter every day is invented in Boston. Our teams here play a key role in driving Amazon’s innovations – from Alexa to AWS to Amazon Pharmacy – and help us keep delighting customers around the world. We look forward to continuing to be a strong community partner, helping to grow and diversify the local economy, and create new opportunities for Boston and its residents.”

“Our administration welcomes Amazon’s continued efforts to invest in our communities,” said Governor Charlie Baker. “This expansion is significant and will create thousands more jobs for our highly skilled workforce in different regions of the Commonwealth.”​

“By further expanding its Boston Tech Hub, Amazon is continuing to create new economic opportunities in our City,” said Boston Mayor Martin J. Walsh. “This expansion will grow our technology workforce and support a strong pipeline of diverse talent and a range of new jobs and opportunities for Boston residents.”

Set for completion in 2024, One Boston Wharf Road will also feature a community dog park, ground-floor retail space and a new performing arts center for Bostonians to enjoy with two live performance venues consisting of a 500-seat theater and a 100-seat black box theater, which together will add significant state-of-the-art capacity for the performing arts in Boston.

“We are proud to continue our partnership with Amazon in Boston’s Seaport, a neighborhood that has grown to serve forward-thinking employers, residents, and retailers and that is now a global hub of innovation and talent,” said Jeremy Sclar, chairman and CEO of WS Development.

This is Amazon’s second full-building lease in Boston’s Seaport after securing a 430,000-square foot building at 111 Harbor Way. Now under construction by WS Development, this office will be completed later this year and will host 2,000 Amazon employees.

Doubling down on accessibility: Microsoft’s next steps to expand accessibility in technology, the workforce and workplace – The Official Microsoft Blog – Microsoft