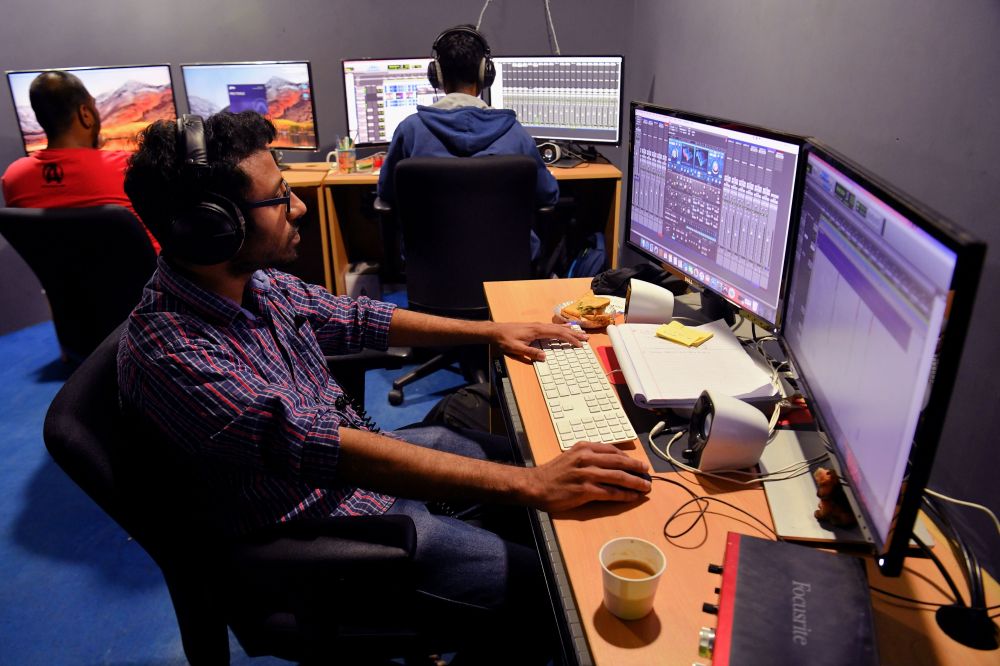 High tech has always meant cool stuff. Pathbreaking devices have repeatedly expanded the frontiers of consumer electronics, from the early game consoles of the 1970s to the rise of the smartphone in the 2010s. But now that it’s literally possible to shoot a feature film on a mass-market phone, future device development is likely to see diminishing returns. Instead, the 2020s will probably herald a shift from devices to apps. The smartphone isn’t going to disappear, but it is becoming more valuable for the apps that run on it than for the electronics that run in it.

The shift from devices to apps means much more than just a new business model for the likes of Apple and Samsung. It also has serious economic and even geopolitical implications. Unlike devices, which are tied to physical production networks, apps can be developed anywhere. As a result, the Indian economy, long hobbled by its relative isolation from tight-knit East Asian subcontracting networks, may finally be freed from the tyranny of geography.

India’s landlocked southern city of Bengaluru has emerged as the country’s technology capital. It consistently garners nearly half of India’s technology startup funding and is home to a plethora of technology incubators and accelerators. Its big names include Flipkart (India’s leading online marketplace), Swiggy (food delivery), Udaan (B2B marketplace), and BigBasket (online groceries). India’s dominant ride-hailing firm, Ola, moved its headquarters from Mumbai to Bengaluru as it grew and needed to access a larger pool of developer talent.

Inevitably, Bengaluru has been dubbed India’s Silicon Valley, but there’s little silicon to be found there. India’s iPhones are assembled in Chennai; Samsung’s big Galaxy plant is in Delhi. Their smartphone silicon is destined for India’s domestic market. Bengaluru, by contrast, isn’t tied to the physical production networks of global merchandise trade. It is India’s software center and increasingly, the world’s.

Home to business process outsourcing pioneers Infosys and Wipro, Bengaluru has been a major center for software support and development since the early 1980s. Building on this human infrastructure, internet giants such as Google, IBM, Microsoft, and Cisco began consolidating their Indian research and development operations in Bengaluru in the early 2000s. Apple arrived a decade later. These firms have spawned—and often invested in—an impressive local startup culture. Bengaluru attracts more foreign technology investment than any other city in India.

More difficult to measure, but potentially much more important for India’s efforts to climb up global technology value chains, is Bengaluru’s emerging role as a center for global app development. Statistics are hard to come by, but India tops most lists of countries for app outsourcing, and Bengaluru is the clear app leader of India. Leaving aside China (for which data is not available), India employs more software engineers than any country other than the United States, and will likely overtake the latter by 2024, according to a study by the Progressive Policy Institute.

But can India turn app outsourcing into a meaningful source of income and employment beyond a minuscule sector of the economy? After all, decades of success with business process outsourcing and call centers transformed India into a major services exporter, but that has done little to address society-wide challenges of poverty and underemployment. In order to shift the Indian economy up the global value chain, the app economy will have to do more than create middle-class programming jobs. It will have to create working-class jobs, too.

That will only happen if India’s app developers can diversify both upstream and downstream from the direct computer programming that goes into apps. Upstream, it doesn’t take a highly trained software engineer to identify objects in images as inputs for machine-learning algorithms, geocode road features such as tolls and speed limits, or scan videos for targeted content. Downstream, the app economy has the potential to create millions of jobs, though not necessarily in the export sector. Finding work for Flipkart pickers and Ola drivers is one thing; leveraging app success into merchandise exports is something else entirely.

In the device economy, job creation through industrial upgrading is a well-established pattern. Shenzhen in southeastern China is, by most accounts, China’s richest city. Its prosperity is founded on its unique status as the one place in the world where the electronic components are readily available to make just about anything. Sandwiched between the financial hub of Hong Kong and the manufacturing base of Dongguan, Shenzhen is where ideas and components are brought together to create tangible products.

Shenzhen’s manufacturing preeminence is now threatened both by U.S. sanctions, which are likely to continue under the Biden administration, and by China’s increasing exertion of government control over its own innovators and entrepreneurs. International firms have become wary of keeping too many eggs in the Chinese basket. Apple has established a second global iPhone assembly hub in India, while Intel is investing heavily in Vietnam. But the biggest threat to Shenzhen’s status as the next Silicon Valley isn’t the fickleness of ever-shifting production networks. It’s the rise of the app.

Unlike device development, which requires a myriad of physical parts, fabrication facilities, and logistics chains, app development depends only on human ingenuity. Shenzhen does host an app development ecosystem, but it is dominated by companies whose apps mainly target the domestic market—most prominently, Tencent, owner of WeChat, QQ, and a suite of video game studios. Some Chinese apps have proven exportable: Alibaba, DiDi, and of course TikTok have scored major successes outside China. But most lack full English-language support, and many have been banned, not just in the United States, but also in India.

India holds several key advantages over China when it comes to app development: It has a free and open internet, nearly all of its engineers and programmers speak English, and its own domestic internet user base is the largest in the free world. That domestic market is huge: India leads the world in the number of app users and downloads on both Apple and Android. But it’s the global market that has the potential to transform India’s position in global value chains—and that increasingly favors India.

China’s homegrown internet giants such as Alibaba, Baidu, DiDi, and Tencent are far larger than their Indian competitors, but they are increasingly trapped in the Chinese internet. India, by contrast, is already fully integrated into the global app economy. Indian firms may never be able to challenge Apple, Google, and Microsoft on a global scale, but they don’t have to. They can comfortably coexist in the same ecosystem, thriving alongside, in competition with, or in cooperation with their U.S. peers.

Neither Bengaluru nor Shenzhen will ever become the new Silicon Valley: There’s only room for one spider at the center of the internet. Recognizing this, China has divorced itself from the global internet, constructing a walled (and intensely supervised) garden for its companies to play in. That strategy has delivered spectacular results, but is ultimately self-defeating. China has produced a few breakthrough apps, but it stands no chance of displacing the dominance of iOS, Android, and Windows—the U.S.-controlled platforms that grab the lion’s share of the app economy’s proceeds.

Instead of walling itself off from U.S. competition like China, India has immersed itself in the global internet. The big U.S. platforms are already in Bengaluru, all of them investing in the local app ecosystem. Just as Apple and Android assemblers propelled Shenzhen up the consumer-electronics value chain, Apple, Google, Microsoft, and other U.S. giants are contributing to the construction of Bengaluru’s app economy. The challenge for India is to parlay those investments into jobs, not just in Bengaluru, Hyderabad, and other tech clusters, but throughout the country.

Bezos’ Amazon: from bookstore to backbone of the internet – The Verge