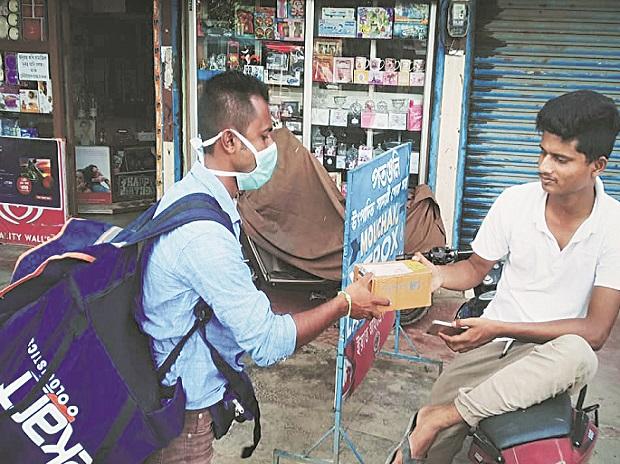 India has emerged as one of the largest countries for flexi-staffing or gig and platform workers, as e-commerce platforms created massive opportunities amid the pandemic, according to the Economic Survey 2020-21.

“The lockdown period also saw the growth of the gig economy and increasing work from home in the organised sector,” the survey tabled in Parliament said on Friday.

According to the policy document, the nature of work has been changing with the change in technology, the evolution of new economic activities, innovation in organisation structures and evolving business models.

Digital platforms have emerged as enablers for employment creation with the power to easily discover job seekers and job providers in the absence of middlemen, the survey said.

Apart from traditional forces, these new platforms have created massive opportunities for the consumer and service provider to interact through innovative ways.

The survey said India has emerged as one of the largest countries for flexi-staffing in the world.

During the COVID-19-induced lockdown, the increasing role of the gig economy was evident with significant growth of the online retail business, it observed.

The lockdown period also saw employers preferring ‘work from home’ for their employees, cutting down on staff strength and engaging freelancers or outsourcing tasks to reduce overhead costs as well as to hire skilled services, as per the survey.

As a result, the gig economy has been popular among the workers in India, it pointed out.

The benefit of the gig economy is that it allows flexibility in employer-employee relationship to both service seeker and service provider.

The nature of job contract for a gig worker is different from the contract between an employer and employee/worker. Their labour contract is usually shorter and more specific to the task or job assigned.

Their employment type might be either temporary or contractual and certainly not regular. The nature of payment against the work is more of piece rate, negotiable, maybe as wage or partly as profit/reward than a fixed salary.

The control over their work by employer varies in degree but in any case, is not full. The workers most of the time are flexible to decide on when to work, where to work etc.

Till recently, gig or platform workers were devoid of their basic rights and social security protection mainly because they were neither considered as worker nor employee under the definition of employee in the labour laws of the country and were not entitled to legal protection under labour laws.

For the first time, these class of workers have been brought under the ambit of the newly introduced Code on Social Security 2020 by defining them exclusively in the category of unorganised worker for providing social security benefits, the survey said.

About the impact of the pandemic on employment, it said the COVID-19 has exposed the vulnerability of urban casual workers, who account for 11.2 per cent of the urban workforce (All-India) as per PLFS (periodic labour force survey), January-March, 2020, a significant proportion of them are supposed to be migrants who were impacted by the lockdown.

It said that with limited data available on inter-state migration and employment in informal sectors, it is difficult to figure the numbers of migrants who lost jobs and accommodation during the pandemic and returned home.

2019 and 2020 are landmark years in the history of labour reforms, when the country saw the nearly 29 Central Labour laws being amalgamated, rationalized and simplified into four labour codes, thereby bringing these laws in tune with the changing labour market trends and at the same time accommodating the minimum wage requirement and welfare needs of the unorganised sector workers, including the self-employed and migrant workers, within the framework of legislation, it added.

(Only the headline and picture of this report may have been reworked by the Business Standard staff; the rest of the content is auto-generated from a syndicated feed.)

Z-Work is a new SPAC with an unusual target: The gig economy – Fortune