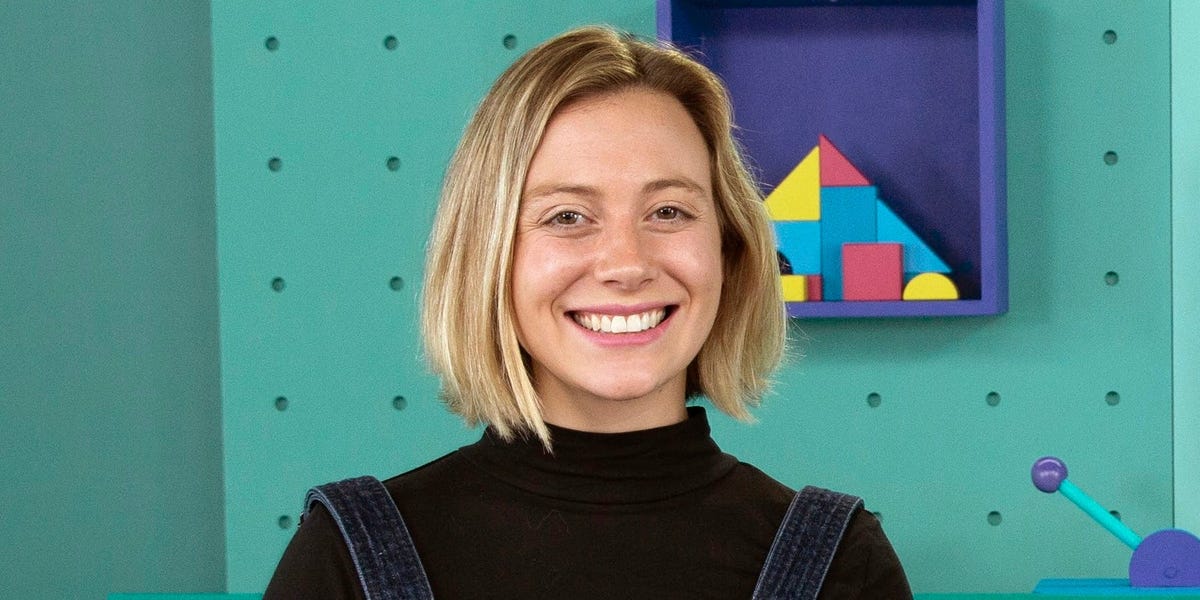 About a month after Mozilla software engineer Emily Kager posted a tweet that poked fun at code documentation, she realized that her joke would work even better on TikTok. So, she set up her newly purchased ring light, donned a stylish pink turtleneck, and press record:

This kind of niche humor might not make it into everyone’s TikTok recommendations, but the virality of the video highlights how a developers have built a community on the social media app. One of the most popular hashtags among programmers is #techtok: People have viewed videos with this tag nearly 900 million times. Though the hashtag casts a wide net — it has videos of engineers explaining tech concepts, like the different branches of machine learning, gamers showing off their PC builds or making product recommendations, computer science students joking about breaking into the tech industry, and more — a subset of professional engineers have used it to gain massive followings.

Kager for example — who goes by @shmemmmy on TikTok — has accumulated 27,500 followers and 725,800 likes for videos that take digs at “tech bros,” explain the common myths of software engineering, share career advice, and bust stereotypes about women in technology.

She’s worked at Mozilla since joining as an intern in 2017 and is now a senior mobile engineer, working on the Firefox browser for Android. She began making TikToks in earnest while stuck at home during the pandemic, she tells Insider, and estimates that she posts a video at least once a week, coming up with topics based on bad takes she sees on Twitter or when something funny happens at work.

Ultimately, she hopes her TechToks inspire other women in CS, especially students who want to get a job in tech, and bring attention to some of the toxicity in the industry, in hopes of inspiring change.

“I’ve had a few people tell me that my satire videos have spurred internal company discussions, so I would say I’m succeeding,” Kager said. Her most popular video skewers how tech industry interviewers expect candidates to work on programming side projects in their free time.

Elizabeth Kenyon, liz.kenyon on TikTok, is a full-stack software developer at ecommerce firm Bold Commerce and a fellow TechTok sensation, with 45,600 followers and 562,100 likes on the platform.

Kenyon originally wanted to make TikToks about fashion — her first video shows off her coat collection — but as she was browsing through the app, she thought it would be a fun to take a popular sound and turn it into a developer joke. In her first TechTok, Kenyon makes an exasperated nod to how programming language PHP uses dollar signs. This video gained hundreds more views than her first.

“I thought okay, I should make another computer science TikTok — those seem popular,” Kenyon said. “So I made another, and that one got 200,000 views, and I was like ‘oh my gosh, this is amazing.’ And then I was sort of hooked.”

Other notable figures in the TechTok world are Cassidy Williams (13,400 followers, 273,700 likes), Izza Khan (67,700 followers, 916,600 likes), and Scott Hanselman (51,100 followers, 137,300 likes). Williams is known for her witty tech takes, like the hazards of deploying code on Fridays, Khan is known for sharing CS secrets and tips, while Hanselman makes tech explainer videos, responding to his audience’s computer science questions. In the past, he’s answered questions like where to start coding as a beginner and the importance of rubber duck debugging, which is when you explain your code to a rubber duck until you find the mistake.

For viewers, these TechTok creators offer both humor and concrete advice. Most videos garners hundreds of comments, ranging from the silly — “VP of techtok” on one of Kenyon’s videos — to the sincere — “You taught me a new git trick. Thank you.”