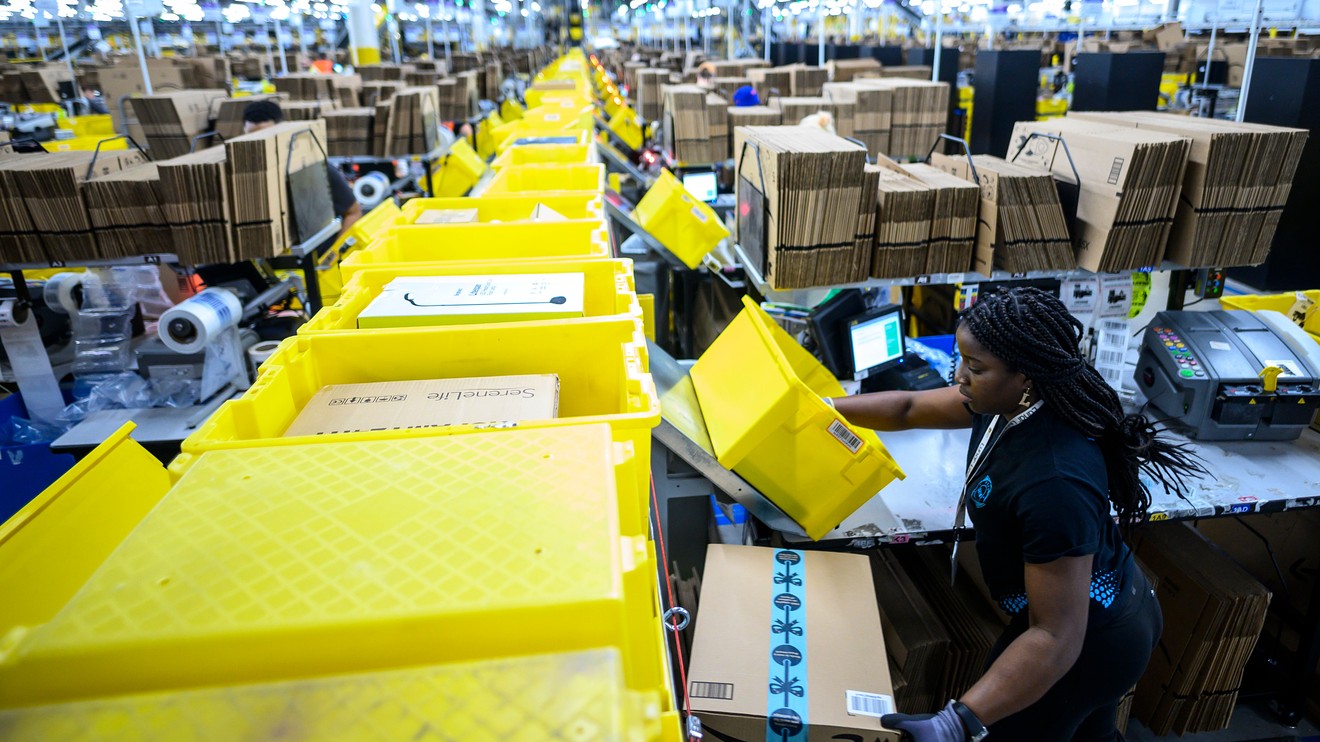 Jeff Bezos worked to build Amazon into the behemoth it is today. But while the company has been a runaway success under his tutelage — at least from the perspective of its stock performance — its legacy when it comes to the nation’s workforce is less straightforward.

When AMZN, -2.00%  considers opening a new warehouse or “fulfillment center,” local and state governments shower the company with tax breaks and other incentives in the hope of boosting employment. But researchers say the benefits that politicians are hungry for may never come.

Don’t miss:Jeff Bezos to step down as Amazon CEO after record-smashing 2020

While the opening of an Amazon warehouse increases warehousing employment at the county level by more than 30% after two years, private-sector employment across all industries doesn’t budge, according to a 2018 report by the left-leaning non-profit think tank Economic Policy Institute.

“Our findings of the lack of overall job growth from opening an Amazon fulfillment centers suggest that some sort of employment displacement is taking place, or that the growth in warehousing jobs is too limited to spill over into broad-based employment gains for the overall local economy,” the report said.

The Economic Policy Institute’s report suggested that job losses occurring in other industries after an Amazon fulfillment center opens meant that no new net jobs are created overall. And Amazon’s detrimental effect on retail jobs alone might explain that dynamic.

Some have even suggested that Amazon may end up killing more jobs than outsourcing to China did, thanks to how online shopping is replacing in-store sales at such a rapid clip.

Therefore, potentially more damaging than its warehouse facilities are Amazon’s sorting centers, which function as mid-points between the warehouses and customers, according to Daniel Houston, a partner in Civic Economics, an economic analysis and strategy planning consulting firm. Yet these facilities often attract the same sorts of incentives from government officials as the warehouses do.

“It’s like subsidizing a retailer that’s not local and will put other retailers out of business,” Houston said. “You don’t build your economy around these jobs.”

The Seattle-based online retailer contends that its business does improve employment rates locally. The company claims that in counties “that have received Amazon investment” — meaning that an Amazon facility was built there — the unemployment rate has dropped by 4.8 percentage points on average.

Amazon argues that the study’s methodology is flawed. “The study looks at a window of 2001 to 2015, which is misleading as it includes the time in which communities struggled during the recession and when Amazon was not building out its network of fulfillment centers as it is today,” the company said in a statement.

The company estimated that its investments have created 200,000 non-Amazon jobs “ranging from construction jobs to health-care industry positions” and Amazon Marketplace provides support for an additional 300,000 jobs. Apple AAPL, -0.89%  used a similar calculation when it recently announced it was bringing 20,000 jobs to the U.S.

Also see: Meet Amazon’s first customer — this is the book he bought

Amazon argues that its warehouse jobs “offer competitive pay and comprehensive benefits.” Indeed, many of these jobs are full-time and come with medical insurance, 401(k) matches, paid maternity and parental leave and tuition reimbursement for continued education and training.

But studies have shown that Amazon warehouses can hurt the local economy in one major way: They lower wages for all local warehouse workers. People who work in warehouses in counties where Amazon has a facility earn $41,000 a year on average, versus $45,000 for warehouse workers elsewhere, The Economist reported, citing Bureau of Labor Statistics data.

The magazine further found that local warehouse wages drop by 3% over the 10 quarters following the opening of a new Amazon fulfillment center.

That was the case in San Bernardino, where Amazon has opened multiple fulfillment centers, according to The Atlantic: Though the unemployment rate there has dropped from 15% to 5% over the past six years, the poverty rate increased by nearly 5 percentage points between 2011 and 2016.

Another report by the liberal advocacy group Policy Matters Ohio noted that 10% of Amazon workers in Ohio were on food stamps — though most of these were probably part-time workers.

Comparing Amazon’s warehouses to those operated by other retailers such as Walmart WMT, +0.31%  is a bit of a fool’s errand, Houston said. They operate very differently.

For instance, at one of Amazon’s facilities an employee fulfilling a customer’s order for a screwdriver will run around the warehouse to get the tool from a box of screwdrivers and then pass it along to another employee who will box it up for shipping. Comparatively, Walmart’s distribution centers will mainly handle shipments for retail locations, Houston said, meaning employees operate forklifts to load pallets with multiple containers of screwdrivers onto a truck.

The job requirements at Amazon’s warehouses, therefore, attract a lower wage, but because they are so physically demanding they lead to high turnover, Houston said.

“Towns get excited about this and hear 3,000 jobs are coming, but the turnover is extraordinary because they’re often jobs you don’t want to hold onto,” Houston said. “Don’t go into this with the expectation that you’re going to see this building and its jobs supporting your local economy in a major way.”