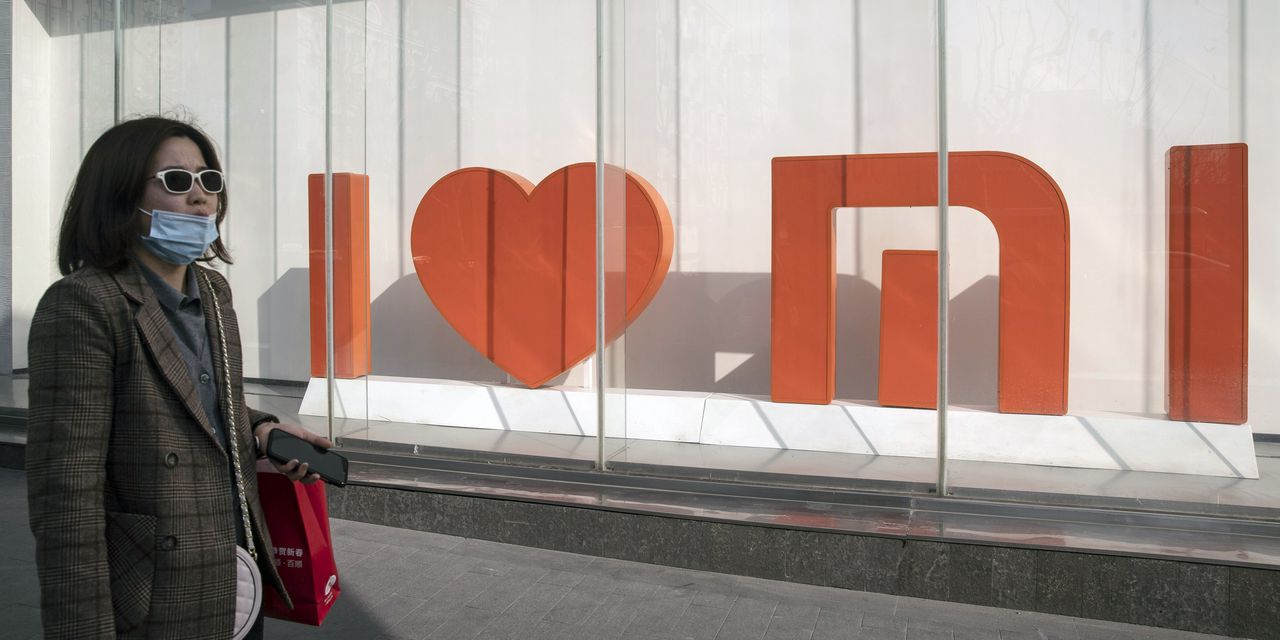 An index of the largest technology stocks listed in Hong Kong has dropped 26% in less than three weeks, reflecting how a sudden turn in the market has snowballed into significant losses for investors who piled into popular stocks earlier this year.

The Hang Seng Tech Index—which tracks 30 companies including Chinese internet giants Tencent Holdings Ltd. TCEHY -5.79% and Alibaba Group Holding Ltd., and smartphone maker Xiaomi Corp. 1810 -1.79% —closed Tuesday at its lowest level in 2021 and is now in bear-market territory, defined as a drop of at least 20% from a recent high.

In comparison, the Nasdaq Composite closed on Monday 10.5% lower than the index’s recent high on Feb. 12.

Money managers say the trigger for the U.S. and Asia market declines was similar: a fast and unexpected rise in Treasury bond yields, which made stocks of fast-growing companies less attractive and caused some investors to shift from technology into banking, energy and other less volatile stocks. China’s big technology players have taken a bigger hit, because a flood of money from investors in mainland China had pushed up their stock prices and valuations sharply.

“It’s hard to call the bottom, but we see this as a healthy correction, and the market was due for one,” said Nicholas Yeo, who oversees China equities at Aberdeen Standard Investments in Hong Kong. He said the long-term growth outlook for the country’s internet and technology giants remains intact but that their stocks are vulnerable to big swings because they were among the main beneficiaries of excess liquidity in the markets during the coronavirus pandemic.

Barely a month ago, Meituan, a Beijing-based company that runs a popular shopping, food-delivery and bookings app, was flying high as China’s third most valuable company, with a market capitalization in excess of $300 billion. Investor enthusiasm over Meituan’s recent expansion into grocery bulk-buying in China caused a rapid run-up in its shares, even though the company generates only a small profit.

Meituan has been one of the biggest casualties of the recent selloff, which has cut its value by a third since Feb. 17. The stock was one of the most popular purchases by investors in mainland China using the Stock Connect trading link to buy stocks listed in Hong Kong. Outflows through that link have recently picked up.

Armies of individual investors who have become more active users of mobile trading apps have also been driving up market volumes.

As a result, “When things start to go up, they go up very quickly. But when they start to go down, the whole thing unravels quickly, too,” said Wei Wei Chua, a portfolio manager at Mirae Asset Global Investments in Hong Kong. He said his firm has rotated into cyclical financial names, such as insurers, and defensive plays, such as utility companies.

Ken Peng, head of Asia-Pacific investment strategy at Citi Private Bank, said that as the world gradually recovers from the coronavirus pandemic, technology stocks could fall out of favor with investors. “There’s going to be less demand for tech,” he said, “and more demand for leaving your house.”

Many individual investors suffered losses in the swift selloff. Huang Xiaohu, a 35-year-old technology entrepreneur in Shenzhen, earlier on profited from the strong trading debut of Kuaishou Technology, an operator of a popular short video app in China. After selling shares he received in the company’s initial public offering, he decided to buy them back following a recent tumble, but the shares kept falling, and he is sitting on paper losses equivalent to more than $10,000.

“I don’t want to talk about stocks anymore. My heart is broken,” said Mr. Huang, who also holds the Hong Kong-listed shares of Alibaba, with a paper loss of around 20%. He said he plans to keep both stocks in the hope of a recovery.

Write to Xie Yu at Yu.Xie@wsj.com and Joanne Chiu at joanne.chiu@wsj.com

Technology and the speed of change – HedgeWeek

OFF-SAT, a saturated fat reduction technology from Duas Rodas, featured among the most innovative food ingredients of 2020 – PRNewswire