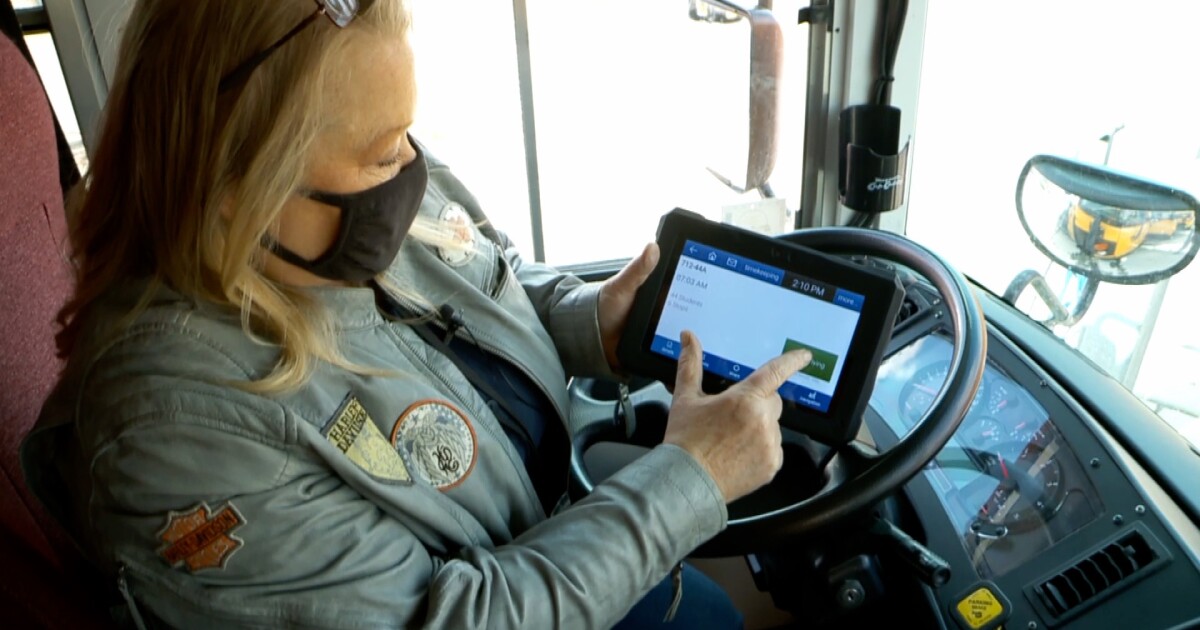 TOOELE, Utah — Over the past couple of years, bus drivers in the Tooele County School District have been getting used to some new technology.

It includes GPS trackers on the buses, a tablet, and an RFID scanner which lets students tap on and off of buses using cards.

“When they get on the bus they scan it and it registers to the bus driver that yes this is their correct bus and this is who the student is,” said Chlorissa Goddard, the Transportation Director for the Tooele County School District.

This also helps bus drivers make sure students are getting on and off of buses at the right time.

Goddard said, “It does pop up with an alert saying that the student shouldn’t be on this bus or shouldn’t be getting off at this bus stop.”

This can be adjusted by the driver manually if parents verify changes with the school district.

If a student forgets their RFID card, the driver can add them to the rider log using the tablet.

Each bus driver is assigned a tablet, which is password protected to keep all the student information safe and secure.

The tablets track lots of information like which kids got on or off of each bus, directions, bus stops, clocking drivers in and out, and details that help with vehicle inspections.

“Before I had tons of physical papers that I had to handle but this has eliminated so much of the paperwork because the information is already stored on the tablets,” said Lory Thatcher, the Transportation Trainer for Tooele County School District.

Thatcher also steps in as a bus driver when someone else calls out or in other emergencies.

She said this new technology will help her and other substitute drivers a lot, especially when they aren’t as familiar with the kids who are on their designated route for that day.

“At the end of each route, our bus drivers take the tablets off of the docking station and they walk to the back of the bus and they scan the unique code,” said Goddard.

This process reminds the bus drivers to check if there are any kids left on their buses.

If the driver did not scan the code at the back of the bus, they would have to put in a reason why and that would flag it with the school district.

Only the school district is able to track the location of the buses in real-time.

The district says it’s hoping to roll out an app to let parents track the location of buses and have the app ready to use by the next school year.

For now, the RFID cards are only being used by kindergartners, but the district says it plans to have more students using them over time.

The RFID cards come at no cost to students/parents and the same ones will be used by students throughout the duration of their time in the Tooele County School District.

“It doesn’t have any kind of identifying information on the actual card itself. We put very basic information that nobody would be able to identify a student by,” said Goddard.

The tablets and the RFID scanner being used by the Tooele County School District are made by Tyler Technologies.