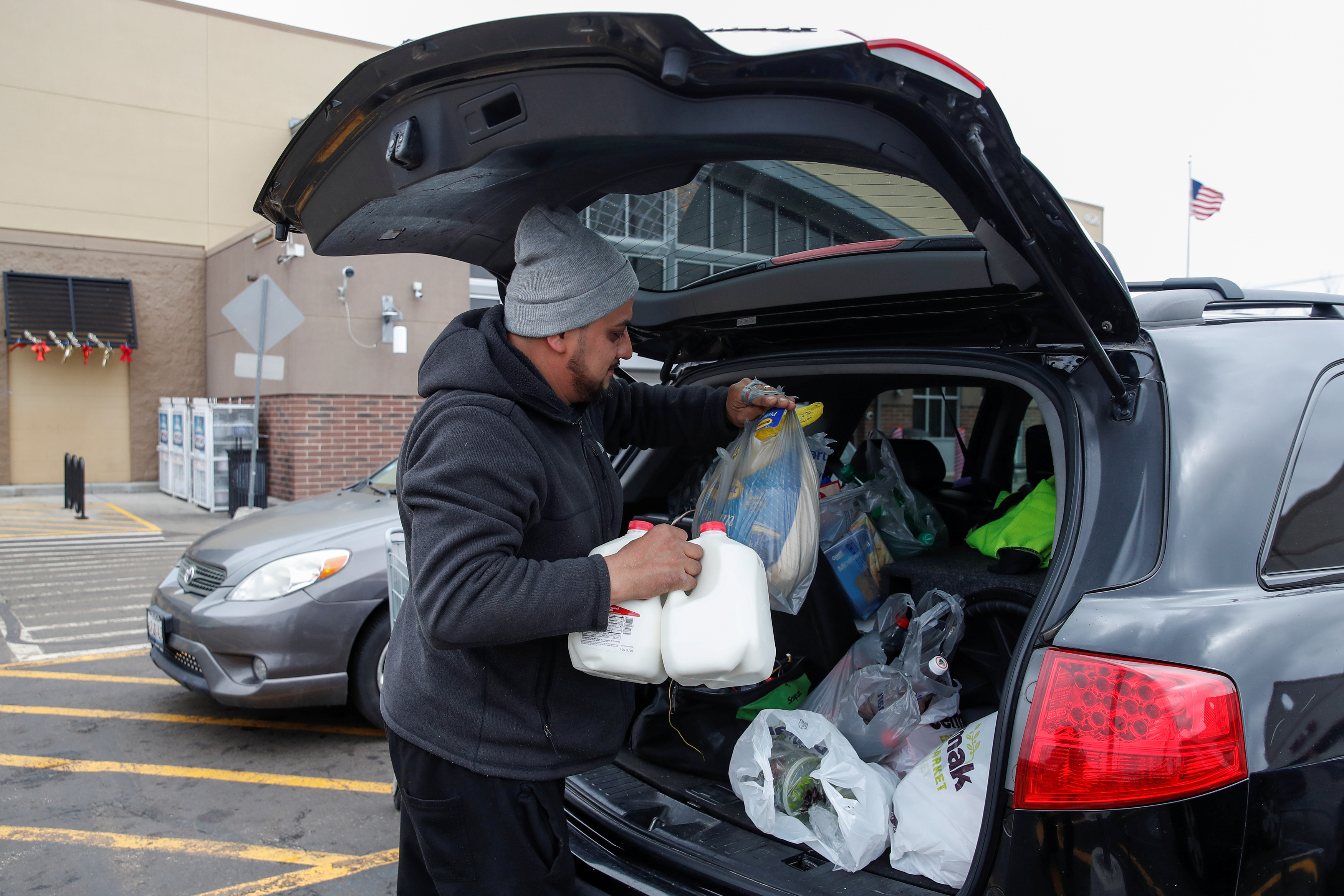 US retailers have long been competing with one another for workers in a high-turnover industry. What’s new is that the gig economy—steering more into delivery—is joining the competition for labor, and increasingly so over the course of the pandemic. Consider DoorDash, the food delivery company. Data from ZipRecruiter shows that the number of job postings for DoorDash in March 2021 was 8,550% higher than in March 2020.

The scramble for labor has been testing even the largest retail chains, which are responding with better pay and schedules. In February, Costco announced increasing its minimum wage to $16 an hour, pulling ahead of rivals like Amazon, Target, and Best Buy. And Walmart announced on April 14 that it will convert thousands of its part-time workers into full-time employees, a move that will give workers more consistent hours, while also giving Walmart more stability in staffing as its pickup and delivery business explodes.

Walmart, which employs about 1.6 million people in the United States and 2.3 million worldwide, says it will have 100,000 more full-time US positions than it did five years ago. In a blog post, the retail giant noted that it expects two-thirds of its US hourly store roles to be full-time by the end of the fiscal year, up from 53% in 2016.

The rise of the gig economy has had clear effects on retailers, particularly when it comes to delivery. The outsourcing of labor has worried union organizers, who argue that a job stocking shelves or working the checkout line at a supermarket, for example, can still provide a chance to move up the ladder, versus working as a grocery picker for a gig platform like Instacart.

Todd Crosby, an organizing director at the United Food and Commercial Workers International Union, told Quartz previously that having regular employees also means having workers who know where items are in the store and who can build relationships with customers. There are signs that retailers agree. Back in January, Instacart cut 1,900 jobs, in part because more grocers are choosing to use their own employees to pack or deliver online orders.

The rise of delivery and pickup options during the pandemic is further blurring the lines between aspects of retailing that used to be more neatly separated between stores and e-commerce. As Walmart noted in its blog post, “[o]ur growing pickup and delivery business calls for us to create more full-time job opportunities as our stores increasingly operate as both fulfillment centers and retail spaces.”

All around, there are signs that the US economy is opening back up and creating more competition for labor. The total number of job openings in the US increased to 7.4 million in February, up from 7.1 million in January.

Parts of the gig economy, such as shopping and delivery services, have permanently expanded, says ZipRecruiter economist Julia Pollak. But companies are having trouble filling vacancies while labor force participation remains relatively flat.

The majority of working-age Americans have yet to be vaccinated and only 55% of US schools have reopened for in-person instruction, she says, with the latter making some parents unable to leave the home to work. Those situations will change as the vaccine rollout continues and the pandemic recedes.

Meanwhile, Uber, dealing with a labor shortage, announced last week that it will be spending $250 million on “driver stimulus” to encourage drivers to get back on the road, and Lyft this week bumped its driver referral bonus from $800 to $1,000.